I returned from the Philippines a few weeks ago, and have been crazy busy getting ready to go on my Chinese New Year Holiday. I know, not real life problems. The trip was not what I expected in any way, but I wanted to share some beautiful photos and some of the experiences I had. Pictures above is Kawasan Falls right outside of Cebu! 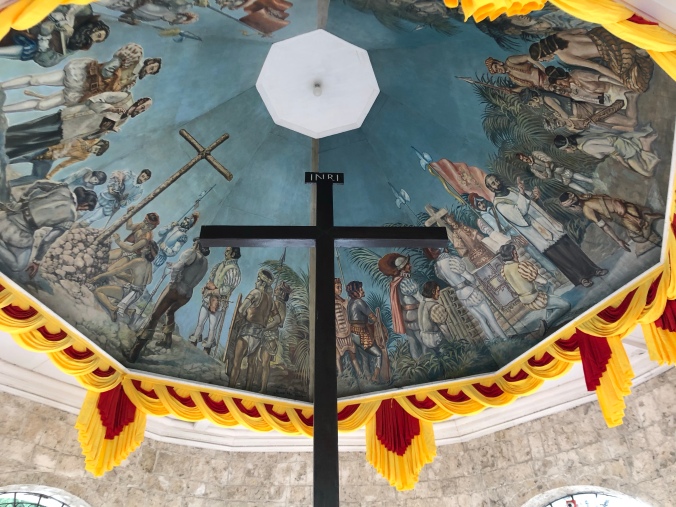 I landed in Cebu and the next day visited Magellan Cross that is the first sign of Christianity coming to the country from the Portuguese and Spaniards.

I had some delicious Lechon which is the local dish. It is traditionally roasted pork that is so succulent and delicious!

I took a ferry to the nearby Island of Bohol to see the views of the Chocolate Hills.

Took an ATV ride around the mud, went to a place to see tarsiers (don’t recommend this…pretty sparse), and drove around the island.

The next morning I woke up bright and early and made the drive to the coast to see the whale sharks in Oslob. I was in the water for about 20 minutes and it was so surreal.

I went canyoneering to get to Kawasan Falls (the first picture). We swam through pools of water, took a zip line, and hiked through the mud. You can also get to the falls by a 15 minute walk, but the canyoneering was so much fun!

I then went to the island of Siargao, famous for its surfing. 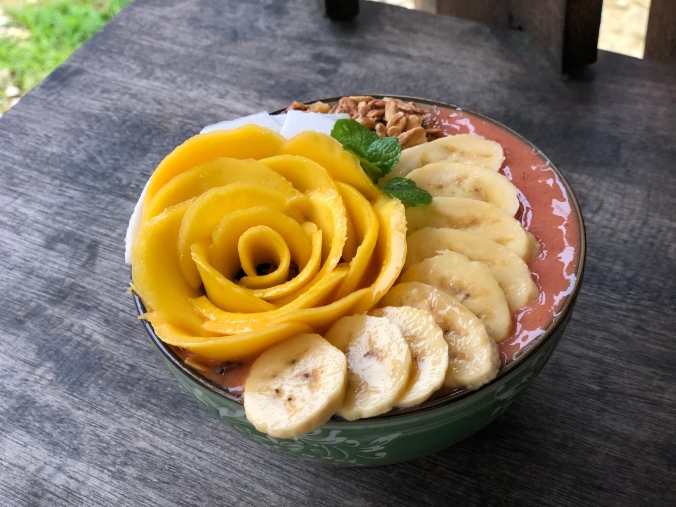 I had some of the most amazing food in Siargao! Grilled meat at Mamas House, banana bread breakfasts at the Green House, smoothie bowls and Shaka, pizza at Kermit…OMG! All of it was absolutely amazing.

I did yoga and had the best time in this open hut as rain was pouring outside. It was so soothing!

Views! The best part of Siargao was being on a scooter and moving all over the island. It was such a thrill and we had a blast. 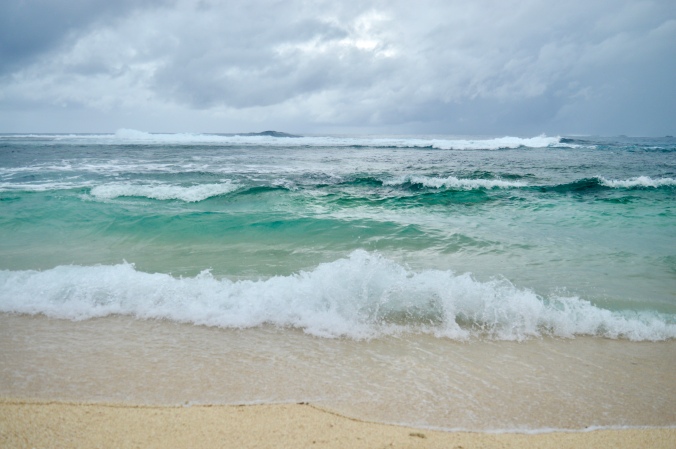 I scootered to other beaches and soaked in the island life.

The best scooter ride was going to Pacifico Beach! So stunning.

The last day I went island hopping. I mean look at that water! Unfortunately due to a typhoon, my flight was canceled for a day so I hunkered down in the pouring rain and ate sushi until it passed! I feel super lucky I got out given the weather conditions.

I made it to Manila and went to China Town. The Chinese food there was so sub-par.

I also went to a fun little dessert museum that was very kitch and funny.

And I also took a ride around the historic area on this “chariot.” Not really a Segway, but super fun and a balancing act. 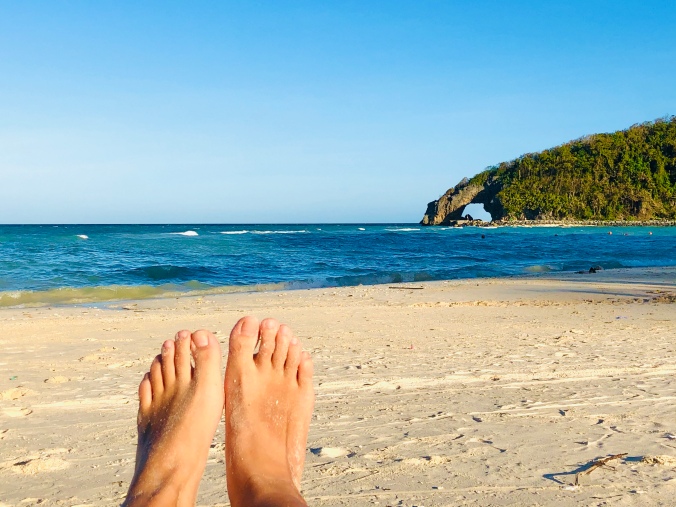 I spent the last three days on the island of Boracay. I had no idea until I was literally there, that the island was hit brutally by the storm. Electricity was out, power lines down, and homes destroyed. I was worried and likely would not have gone to the island if I had known this. Fortunately my hotel was running on generators and they were so kind and helped me make the most of my time there! The beaches were beautiful, I had great food, and exercised at the gym a lot the last few days.

The trip was for sure not what I expected but I’m so glad I got a taste of the Philippines!

I’m now off for my Chinese New Year holiday and airport bound!

One thought on “Manila, Cebu, Siargao, and Boracay: Winter Holiday in the Philippines”