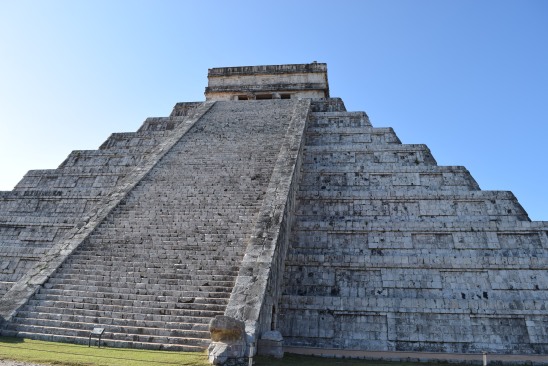 If you go the Yucatan/Riviera Maya area of Mexico, I hope you take advantage of visiting all the archaeological sites and ruins that are spread out everywhere and truly awe-inspiring in their history and size. Of course Chichen Itza is world famous as one of the Seven Wonders of the World, but there are several others that I think are worthy of visiting and one that rivals it and was one of my favorite parts of the trip.

We drove to Chichen Itza early in the morning and planned to arrive at 8am when the site opened. Given the popularity of the site, we wanted to beat the crowds as much as possible and be able to see the ruins without flocks of people everywhere. Getting there as early as possible was 100% worth it as we were able to see the main pyramid with almost no one there! One thing I didn’t realize was that Chichen Itza is a very large site and has lots of ruins to look at that are spread out. We did not hire a guide which are readily available at the front of the park and opted to do it ourselves. My favorite part was the ball court which I remember learning about in history class in high school. The sheer size of it was impressive and it was fun to imagine playing in the arena.

The only thing that I didn’t love was how many vendors there are throughout the whole place. I understand that tourism is an industry, but it was very distracting to have people trying to sell you trinkets everywhere. I also really enjoyed seeing the old cenote where they would sacrifice people. I overheard from a guide giving a tour that the would bind the people’s hands and legs and they almost always died instantly on impact. However, the very few that did survive where viewed as gods.

There were several smaller pyramids as well that I enjoyed looking at, especially the intricate carvings and serpents on the side of the stairs. We spent a little less than two hours there and were glad to check that off our bucket list!

The next ruin we visited was Coba which was my favorite for two reasons. The first was that you could actually climb up the main ruin which is controversial given the preservation debates and because it can be dangerous if one looses their balance. The other factor I loved was that the site was surrounded by trees and was a good distance between ruins and so you can rent a bike for $2! We also got to the site right when it opened, rented bikes and went to the main pyramid first knowing that there would be tons of people wanting to climb it

. I WAS SO IMPRESSED. the pyramid was above the treeline and is truly an architectural feat! It was also cool to see the ball court at Coba and compare it to Chichen Itza.

A quick ruin to visit is Muyil which is just a little past Tulum and at the tip of the biosphere park. It is a very small area with about three ruins to look at. However, we really enjoyed it and it is an often overlooked site. You can also enter the park (which we did for a very small fee) and take a boat to go visit other islands and snorkel which we opted out of.

Finally, the last ruin we visited were the Tulum Ruins that are at the entrance of Tulum. We visited it on our last day in Tulum and it was our least favorite. It is listed as the number one thing to do in Tulum, but I didn’t love it as much as the other sites. However, we did pair our visit with our trip to Actun-Chen cenote and cave which we LOVED and would not have gone to had it not been for the information we received at the Tulum ruins. I will be covering the cenotes and caves in the last past about our trip! 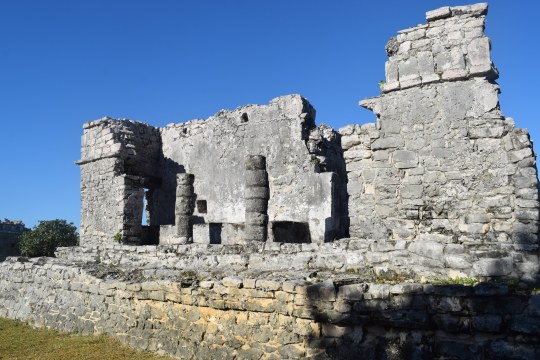 There are tons of other smaller archaeological sites around the Riviera Maya and I enjoyed learning about them. I really believe that Coba is a must!