We arrived safely in Bangkok and were picked up at the airport by some staff members of the tour company we had signed up to do Thailand, Laos, Cambodia and Vietnam with. When we had decided that we were going back to Malaysia, my mother concluded that she wanted to go to Cambodia as well as a life long goal and after the advice of several friends, we decided to go with a tour. A tour group has its pros and cons like anything, but we had an absolutely amazing time and loved getting to travel with a small group of fellow adventure and travel lovers. We also had an amazing guide and great in country guides as well that made the experience that much more beautiful. While I was the youngest on the trip, there was another young adult who had just graduated college and was with her grandma on the trip. I find that traveling with “older” people is way more fun and something that I would absolutely do again in a heartbeat. 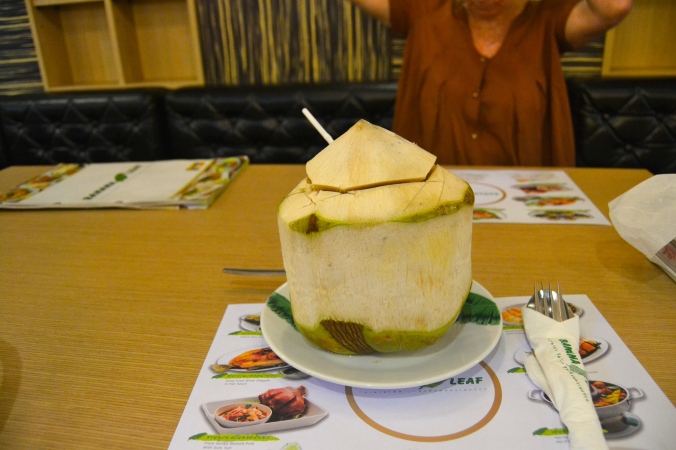 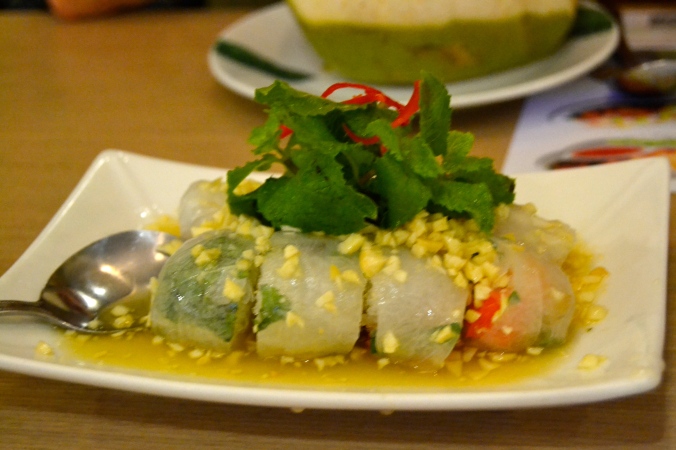 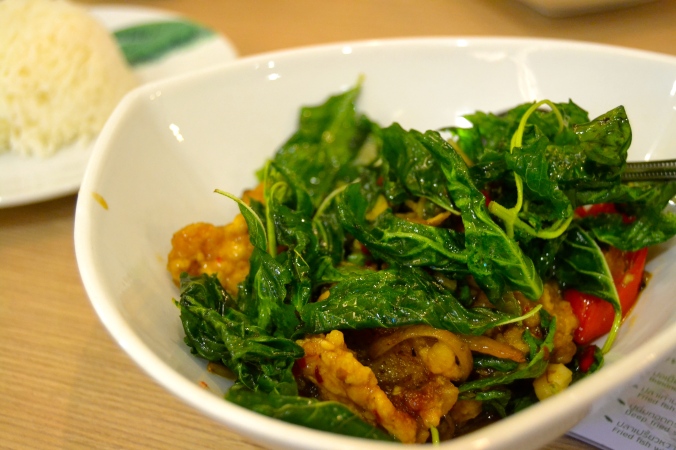 The first thing we did after settling into our hotel was going out on the street and enjoying some amazing food. We just popped into a restaurant that had a good looking menu and wasn’t crowded and had a great time during our first night in Thailand. The next morning, I left the hotel early to go explore the morning vibes of the city and neighborhood. 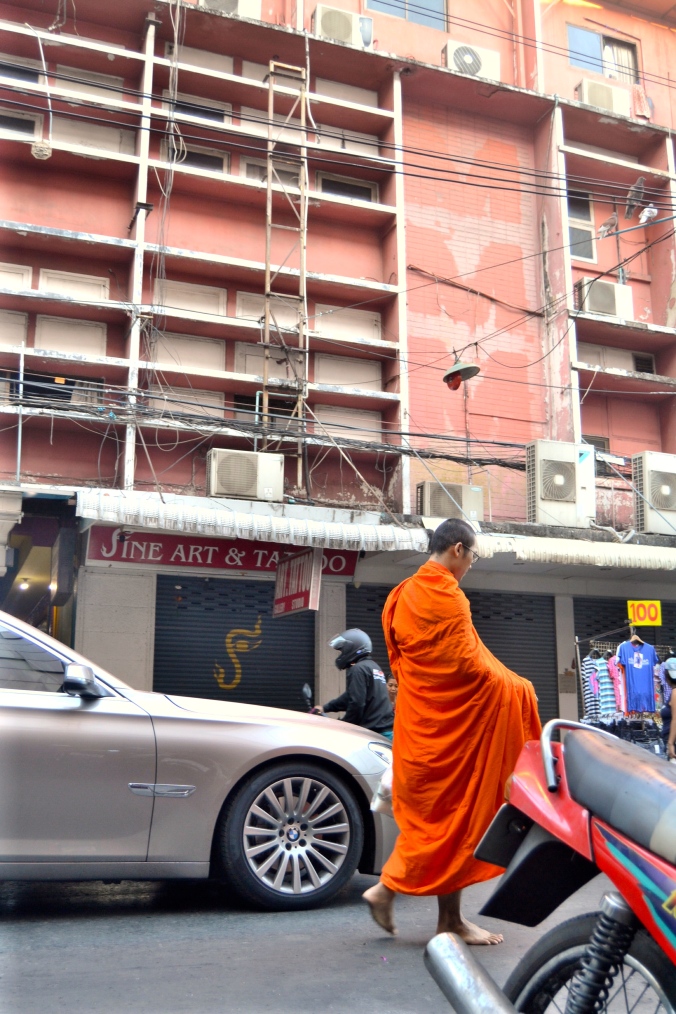 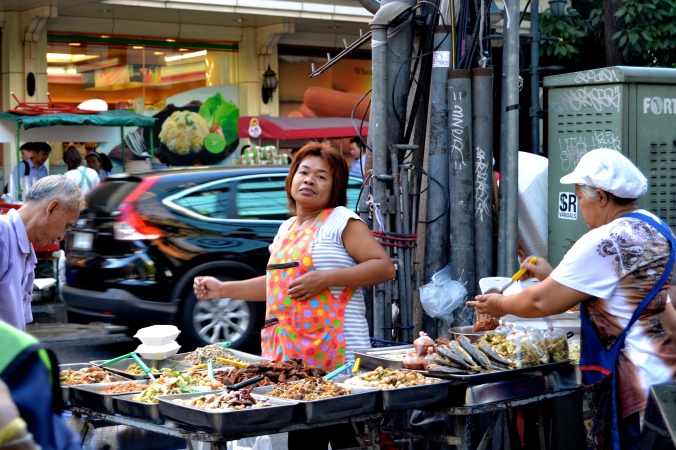 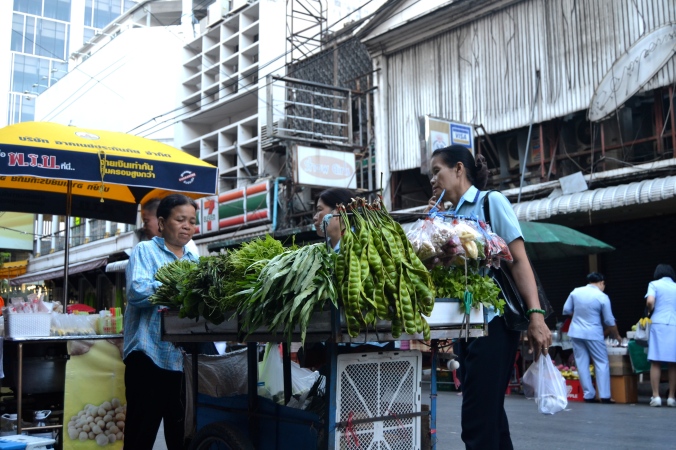 I don’t understand people who don’t love street food. It is absolutely the greatest thing and I have yet to get sick from it in any country that I have been to. After getting a morning briefing from our gem of a leader, Ray, and meeting the rest of the fourteen members on our tour, we packed into a bus and drove off to the Royal Grand Palace.

After making our way through the sea of selfie sticks and umbrellas, we made it into the grounds and walked around with our guide. The pure opulence of the place is outstanding and breathtaking. While it was quite possibly the hottest day of the year, it was still a great site to visit and a must do while in Bangkok. We then piled back into our van and took off for a refreshing lunch by the (dirty) river. 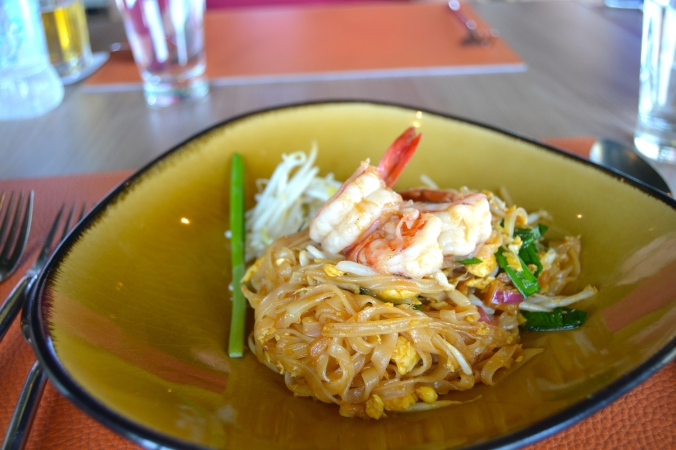 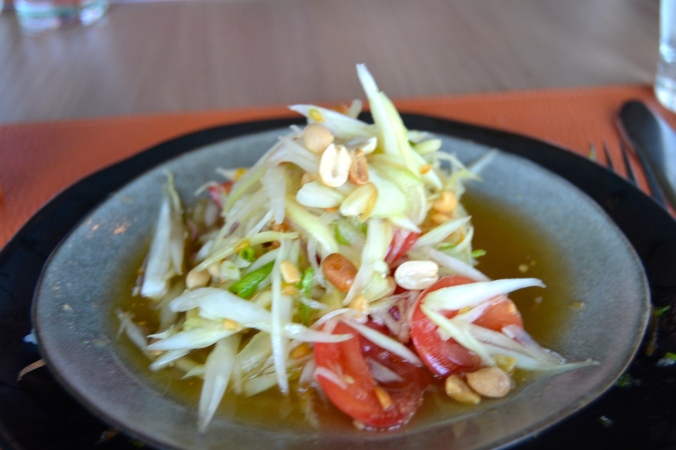 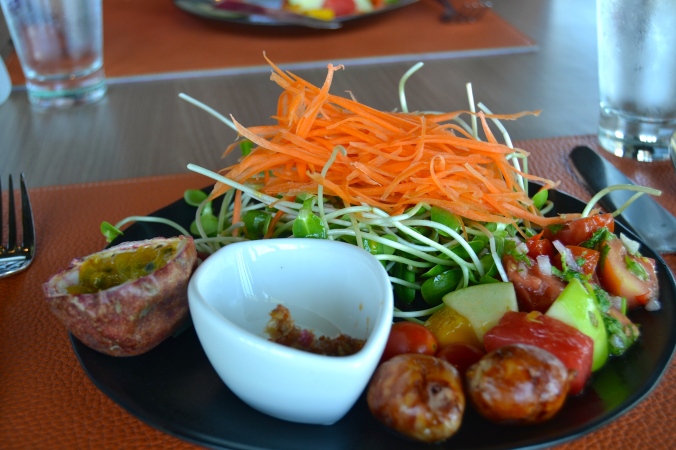 The spicy mango salad and pad thai were favorites and while some restaurants in the States do a decent job, nothing can replace authentic food in country! After cooling off, we headed back to our hotel to hang out, get to know our fellow travelers better and go out for a welcome dinner in the neighborhood. Dinner was followed by a visit to a shopping district that sold a variety of knick knacks and tourist items. I can’t decide if I like bargaining for items, but it is an experience to say the least! The shopping area was also surrounded by a bunch of bars and clubs where the promoters were soliciting ways to see a ping-pong ball. Don’t ask. 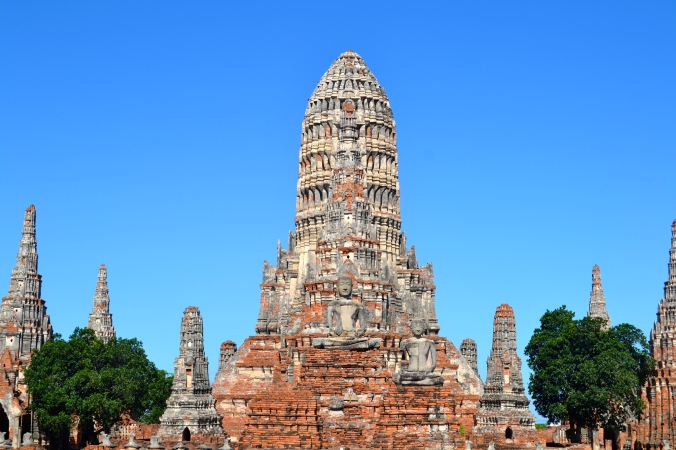 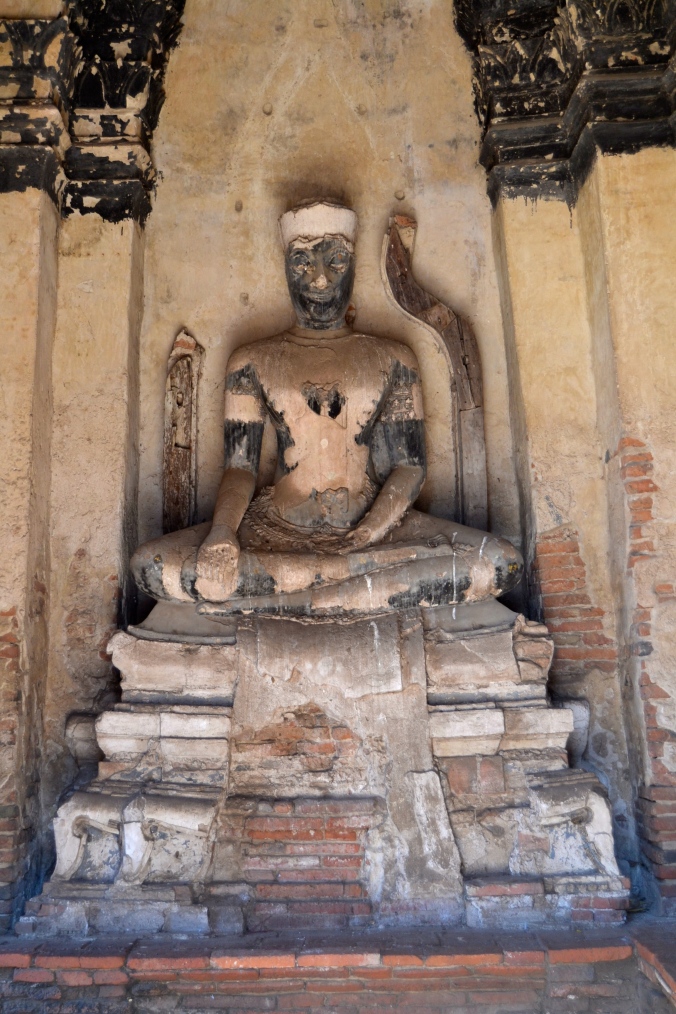 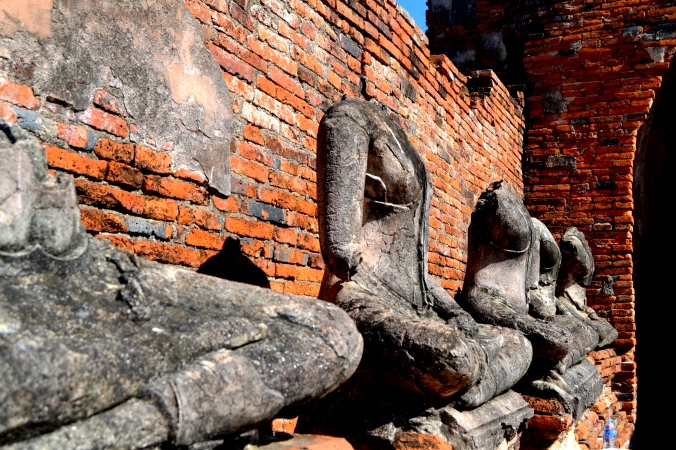 The next morning we took off early to go to the UNESCO world heritage site of Ayutthaya outside of Bangkok. I would highly recommend going as early as you can to beat the heat and crowds. 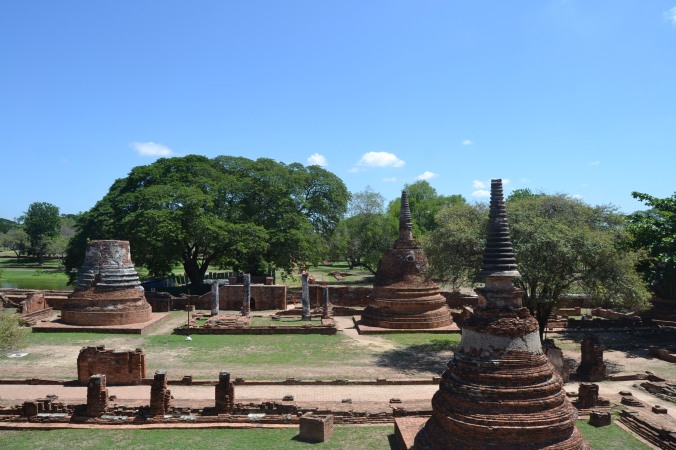 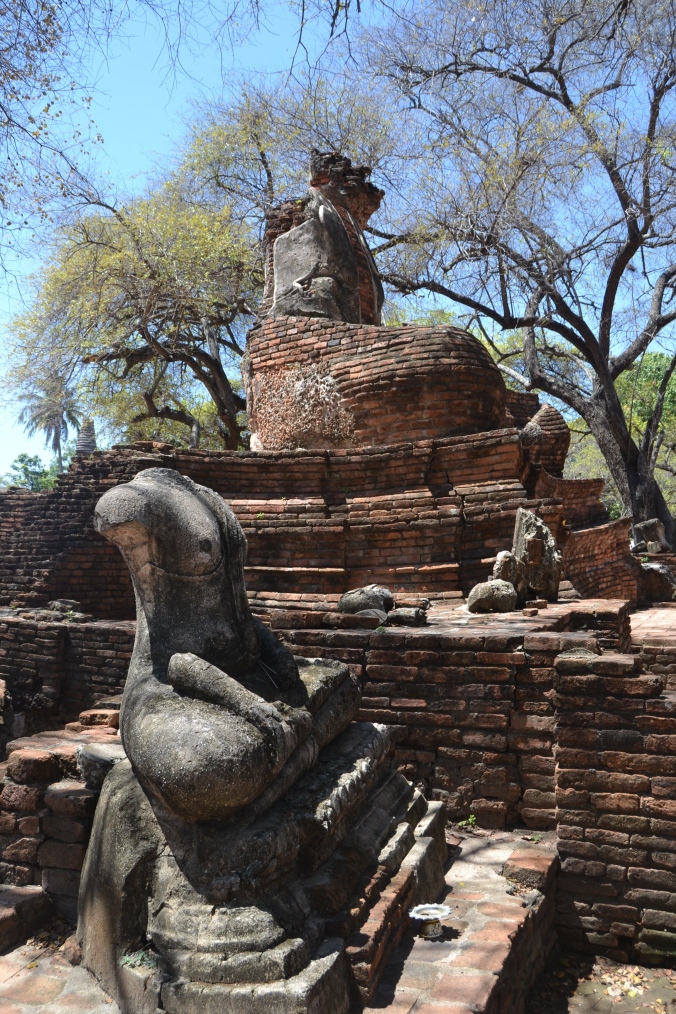 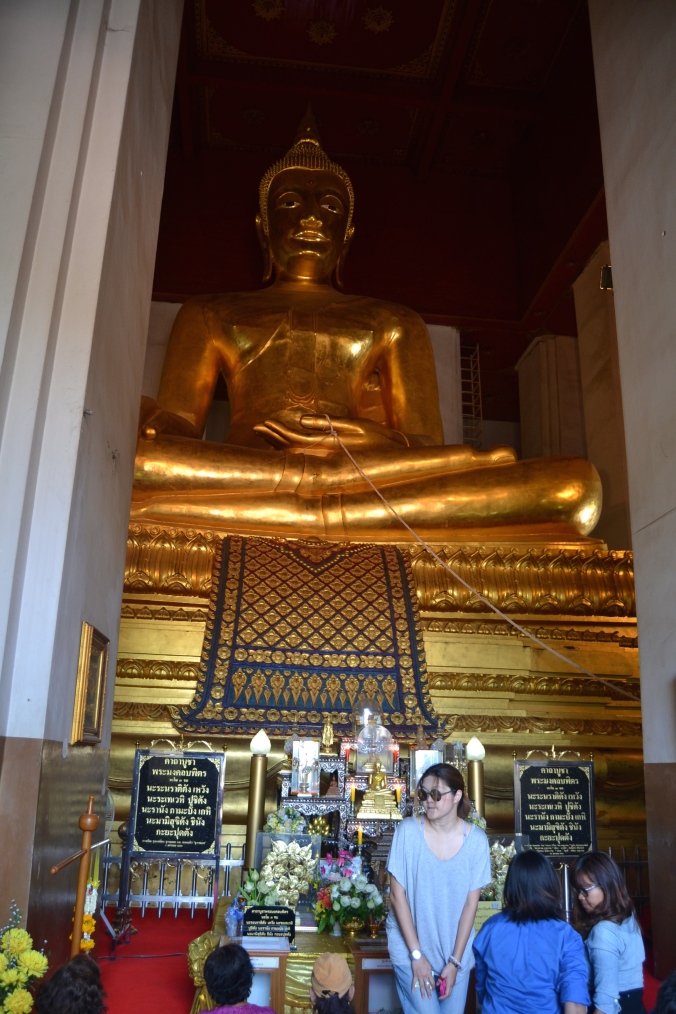 Later that day after lunch we visited more sites, including a stop at the large gold buddha statue where many people went to pray and give offerings. 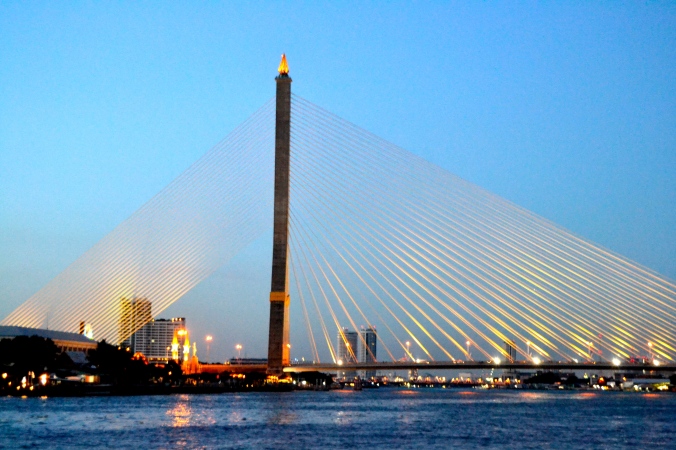 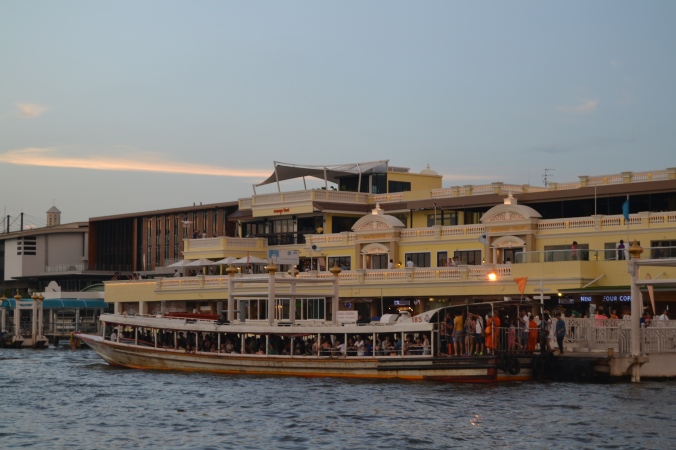 That night we had a great dinner on the river, dinning on a river boat and enjoying our fellow travelers company. Everyone on the trip had interesting backgrounds from inventors, professors, public school teachers, consultants and everything in-between! The group was also very well traveled with some members traveling on multiple trips with the tour company all over the world. It was a great evening and an interesting way to see Bangkok. 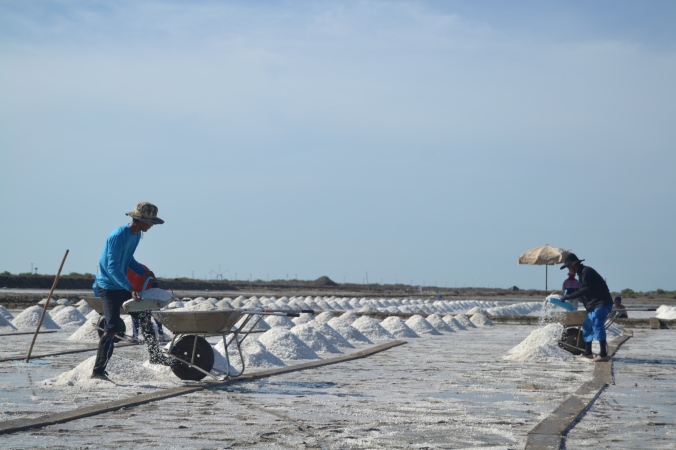 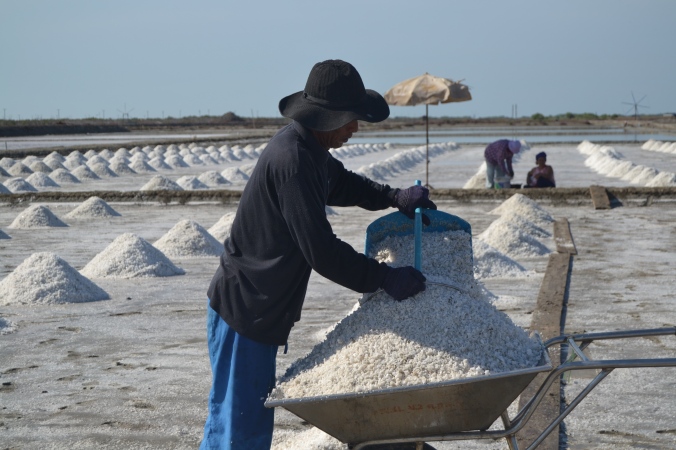 The next morning, on our way to the floating market, we stopped not the side of the road randomly to visit a salt farm. 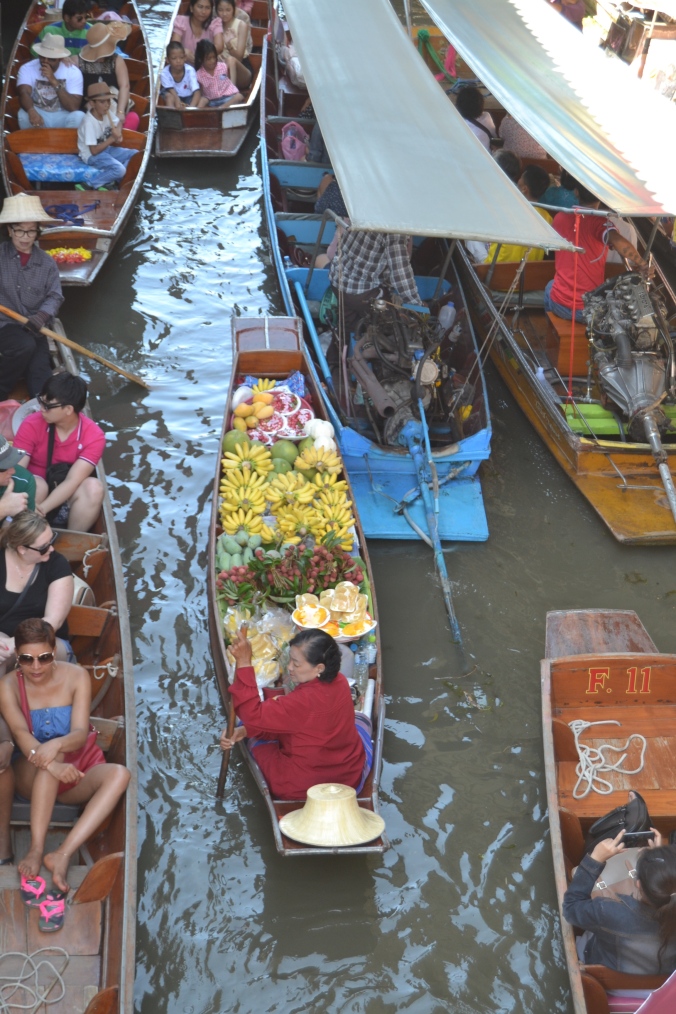 The floating market has been moved outside of Bangkok in the past years and from my observations, is basically a destination for tourists. It doesn’t make it any less interesting or cool, but isn’t something that I found to be of true authenticity; rather a sign of globalization. We also had the chance to stop at a mosque nearby and speak to members about muslim life in Thailand. This experience was great and something that I look forward to when traveling; truly getting to know the people of the country while enjoying the other more “touristy” aspects of travel. 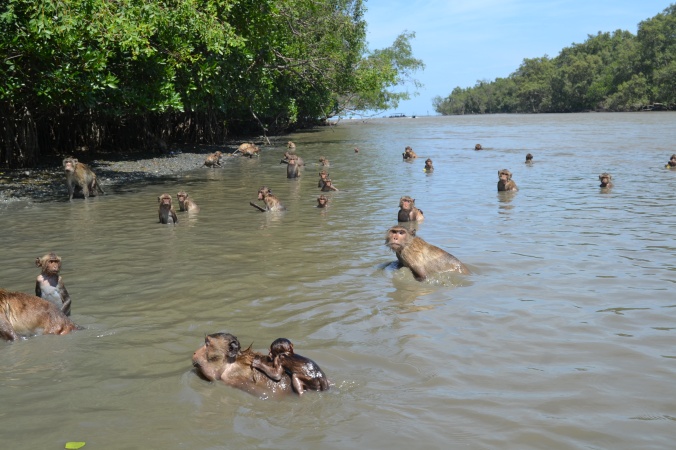 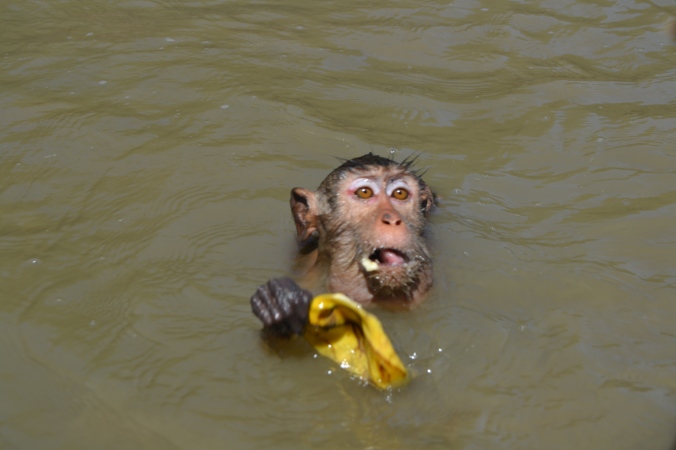 We all piled into boats after lunch to visit the mangroves and feed the monkeys bananas. Let me just say that this experience was terrifying and not something that I ever want to do again. It was like planet of the apes. Monkeys are actually quite good swimmers and know that a boat full of tourists means bananas. They are quite aggressive little buggers. We also had the chance to get knee deep in mud and plant some mangroves. 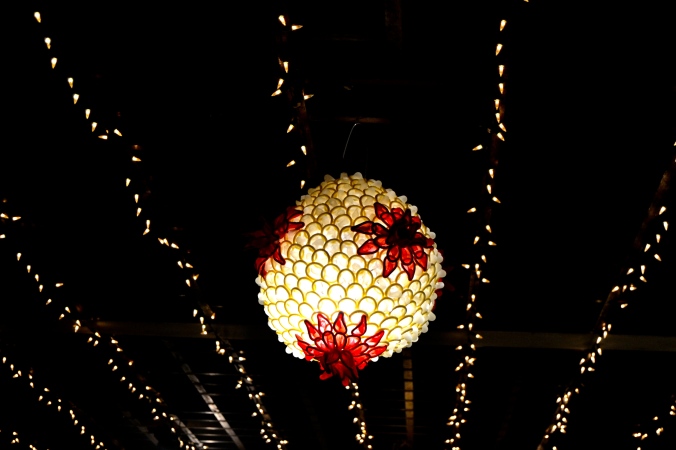 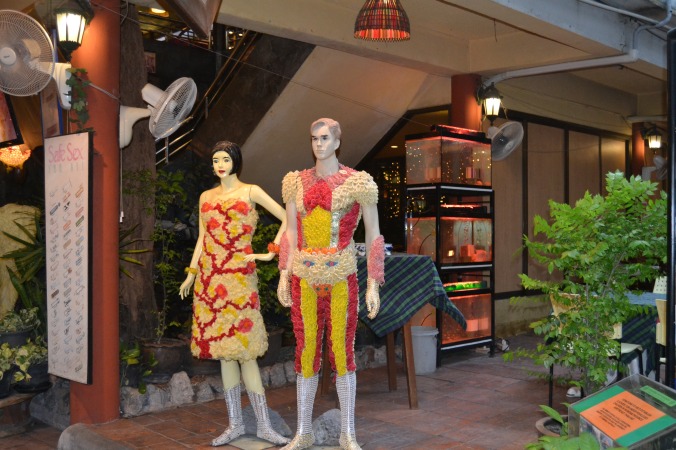 That night we all had dinner on our own and a few of us decided to go to the internationally famous restaurant, Cabbages and Condoms. This restaurant is great in concept and food! Not only is the food delicious, decor quirky, but the profits go to educating the community about family planning and sexual health; something that used to be extraordinarily taboo to talk about and is still is to an extent. 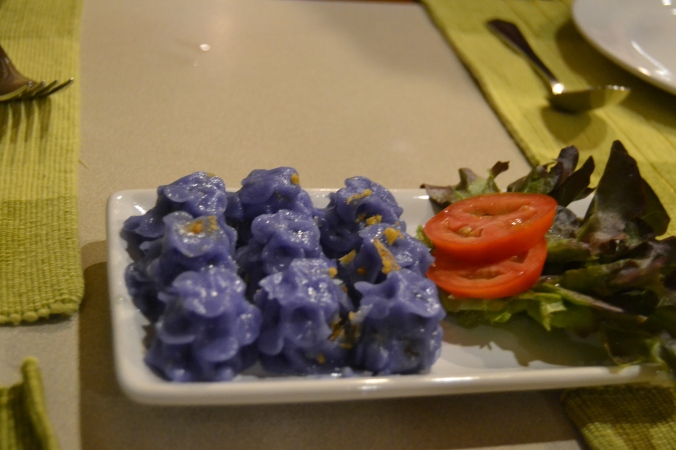 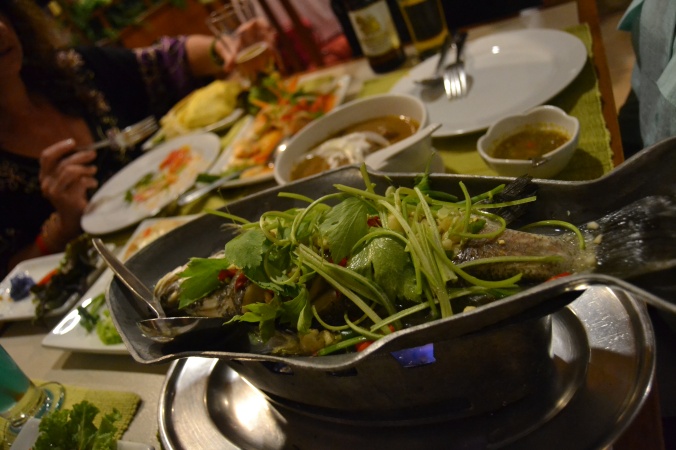 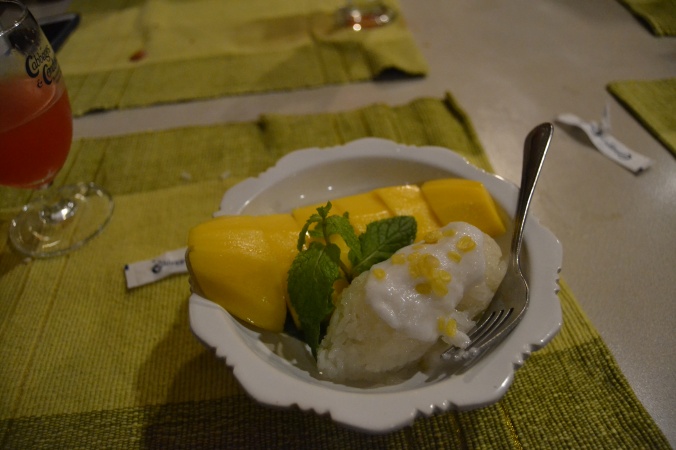 I loved me some mango sticky rice! The boiled fish and dumplings were also a big hit at our table. 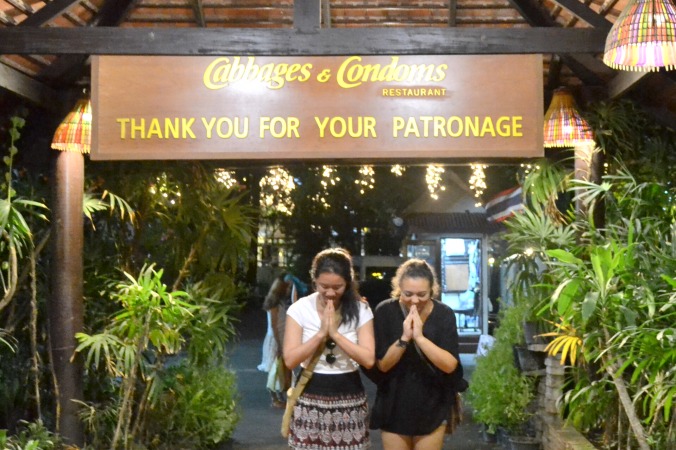 Overall, we had a great time in Bangkok and I look forward to going back to Thailand one day and exploring more of the country; it was a great introduction.