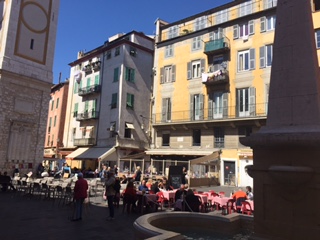 Day two back in Colorado and I am slowly starting to recover from just lag and working the kinks in my neck from sleeping in the most awkward positions on the airplane. I am also cleansing myself from all the butter and gelato I consumed with high consumption rates of vegetable smoothies. How very Boulder of me. My life is so exciting. As promised, I thought I would share a snapshot of all the amazing food I had in France, my trip to the Chagall museum and my hikes around the coast of the Cote de Azur.

My first day, I woke up early with my friend and we biked around Old Town on the city bikes and went to the best bakery for morning croissants. This is known as the best bakery amongst locals and it did not disappoint! I don’t think I can ever eat a croissant in America again. We then took the bus up to the observatory and I got a tour around before doing some work. It is a beautiful location overlooking all of Nice. 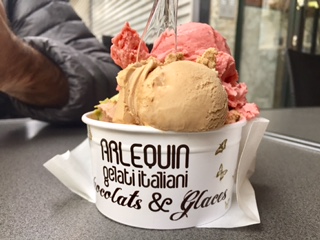 Gelato Gelato Gelato. I had no idea that France had such amazing gelato and it exceeded all of my expectations! The best part of where I was staying in Old Town is that in the plaza below the apartment there was a fabulous gelato stand called Fennochios that had endless flavors that I indulged myself daily in. There was also two other gelato places just around the corner. I was in heaven! However, the best gelato I had was at Arlequin where it is artisanal and had very unique flavors including my favorite, Divine, which is a hazelnut chocolate base with a pistachio paste on top. I don’t even want to think about how much gelato I ate….and I have no regrets.

On Sunday we went to the Chagall museum after deciding not to go to the contemporary art museum. Since it was the first Sunday of the month it also happened to be free which was a nice bonus! Chagall has beautiful paintings and stain glass depicting colorful biblical and religious scenes. The museum itself is super small, but I enjoyed it immensely! 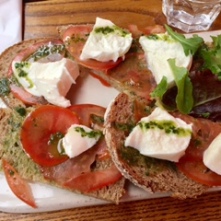 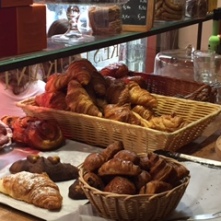 I had a variety of amazing food that wasn’t always French cuisine including some amazing Indian and Italian food. Besides the croissants, I loved the moules and frites! We went to a great place at Le Port that has the best mussels in a cream sauce that paired really well with a chilled white wine that went down way to smooth! 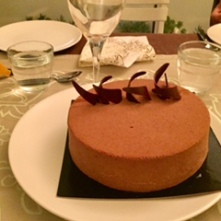 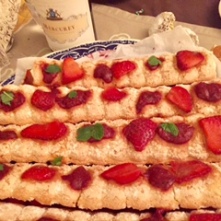 One of the highlights of the trip was a dinner party with a variety of really wonderful people with some delicious Indian food, local French food and the most decadent desserts! One of the guests has a farm outside of Nice and brought fresh cheeses and a light strawberry tart that melted in my mouth! Another couple brought a chocolate mouse cake that had a caramel ganache and pears in it. If there is one thing that French absolutely do better than anyone else, it is dessert! There is nothing like a French pastry. 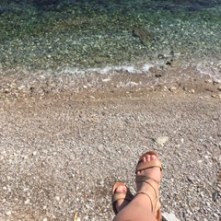 These are pictures from my explorations of the small towns outside of Nice. There is a nice hike around the coast as well as beautiful views! It is lovely to get outside of Nice and it is only a short bus or train ride away. These are photos from my day trips to Beaulieu-sur-Mer.

This is my Uber driver/friend Hechmi who picked me up at 4am on Monday morning from Old Town and drove me to the airport only for me to realize that my flight was the next day when I failed to check in. The best part is that I had to take an Uber back to Old Town after realizing my mistake and my driver ended up being Hechmi again! What are the chances. He looked so confused picking me up from the airport and we had a good laugh. I can just tell he was thinking “typical Americans.” ALSO…all the Uber rides I took (total of a whopping three) had the nicest cars; I am talking BMW and Mercedes Benz cars. So much for run down cars from Uber drivers living in their parents basements! Just kidding…they probably make more money than I do.

And for now I have no travel plans until June! I am excited to stay in Boulder, finish up school for the semester and prepare for the next adventures ahead!