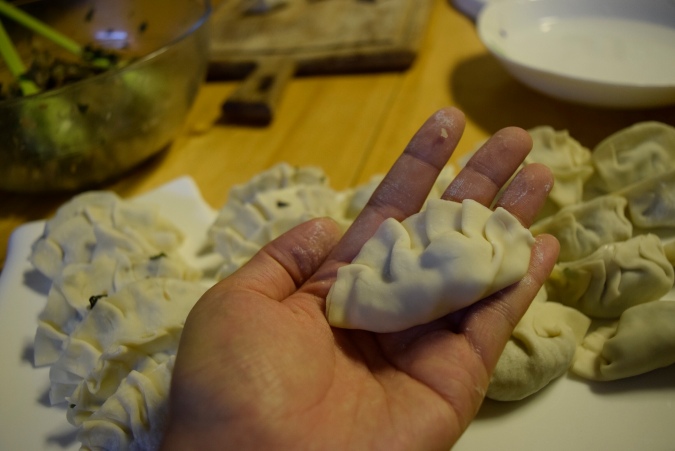 During my commute on the metro back home this afternoon, it dawned on me that it is September. I arrived in Shanghai the evening of August 15th and the last few weeks have been somewhat of a blur between surviving the heat, welcoming afternoon rain showers, moving out of my hotel, training for work and exploring Shanghai. I recently received my schedule for work and was informed that I have the first week of October entirely off for the autumn festival. I can only imagine that this week is hectic with celebrations and busy assuming that most of the country has the week off. 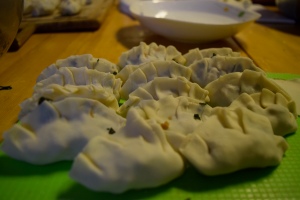 Friday evening, my friend Nadine arrived in Shanghai and we spent the night making dumplings with two neighbors before heading for night at the nearby spa where we professionally scrubbed and received the cupping treatment for circulation. I took a poll to see if people thought I looked like a ladybug or piece of pepperoni pizza; the consensus was pizza. Cupping is intended to help with circulation and inflammation. After I had been professionally scrubbed, Nadine counted that 25 cups were put on my back. I had no idea it would be this many! It felt tight as if I was being vacuumed up, but it wasn’t painful in the least. Apparently, I have very poor circulation because my circles turned deep red and eventually purple. The next day my back did feel looser and looked like a Jackson Pollack painting of shades of purple circles.

Saturday, Nadine and I went to the French Concession with her friend from Germany to visit the Propaganda Poster Art Center. We really struggled to find this place given that it was located in the bottom of an apartments basement and the sign was very small. However, it really was a neat experience and I enjoyed looking at the art posters that hadn’t been confiscated or burned and read about the history of China. The center was founded in 2012, receives annual funding from the government and despite being so small is rated within the top five museums to visit in Shanghai.

Later that evening we ventured to a mall that was also an art gallery and had a sculpture from Damien Hirst amongst others. Shanghai loves malls. China and Asia in general from my experience traveling puts American’s malls to shame. Often over five stories high, there are malls on every corner and street. There are the more high end malls with international designer brands and other one’s that are dominated by food courts and include gym’s, tutoring centers, grocery stores and often have a metro station in the basement. When in doubt, a metro station likely is connected underground to a mall so you don’t even have to see daylight to get to one by crossing the street. Malls are like Starbucks in my mind; the purpose is air-conditioning. 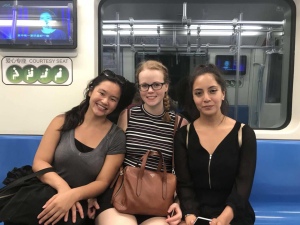 Sunday, I found myself back at the worlds largest Starbucks to meet up with a teacher from the UK that I met through our blogs. We had been messaging since I arrived in Shanghai and it’s so nice to have that shared bond of being a foreigner arriving in a new country! After Starbucks, I tried to find the marriage market in People’s Market, but got rained out! Despite the popularity of online dating, the marriage market remains where parents and grandparents bring photos and information about their child in hopes of finding a future mate. Mom, please don’t get any ideas!

Everyday, I learn and notice something new. At local grocery stores, after you bag your produce you take it to a station where they seal the bag and put a label on that identifies the cost based on the weight and type of produce. I learned this after going last week and making it to the checkout counter where they were confused why my fruit were not bagged and marked. It’s little things like these!

I hear a xialongbao dumpling calling my name…